Yesterday, I sat down and played with my shiny new ESP8266 module. I also got the Huzzah Breakout Board from Adafruit, which uses an ESP module. Actually, I'm still trying to figure out just what is the difference between ESP8266, Huzzah, and NodeMCU.

So far, I've accomplished the following: 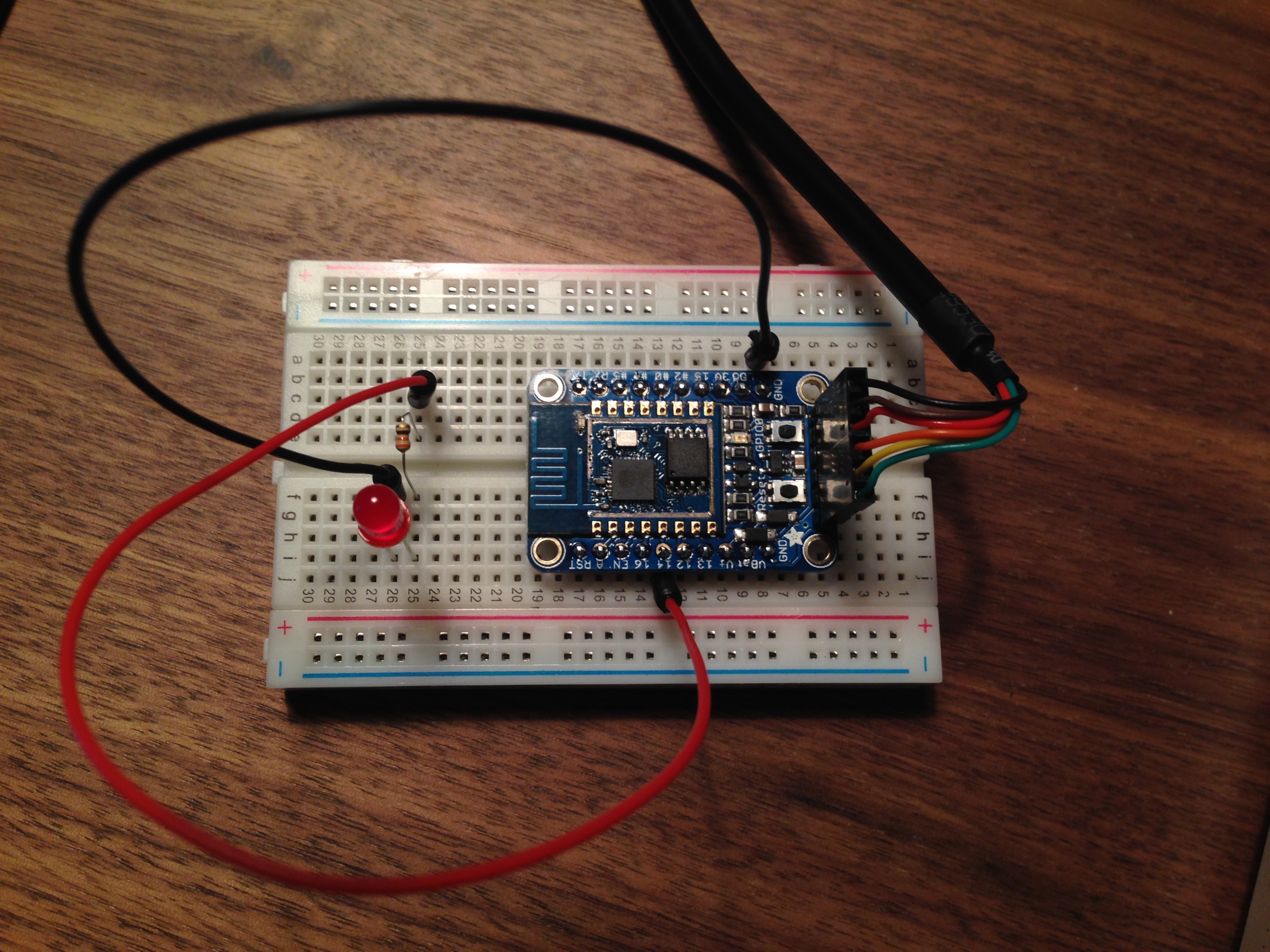 I'll post more interesting projects later when I have more time to fiddle.

I use CoolTerm for Mac and followed Adafruit's tutorial.

Yeah, still need work here. I would like to just use the ESP because I can get these for $2 on Ebay. I mean, the Huzzah breakout isn't going to break the bank. It's only $10 on Adafruit. But still, that's a 20% decrease in my BOM[1:1]!

I think I will continue to fiddle around with Adafruit's Huzzah Breakout. It would be nice to figure out how to hook the ESP8266 module directly to an Arduino or something, but I'm not sure what's the deal with that right now.