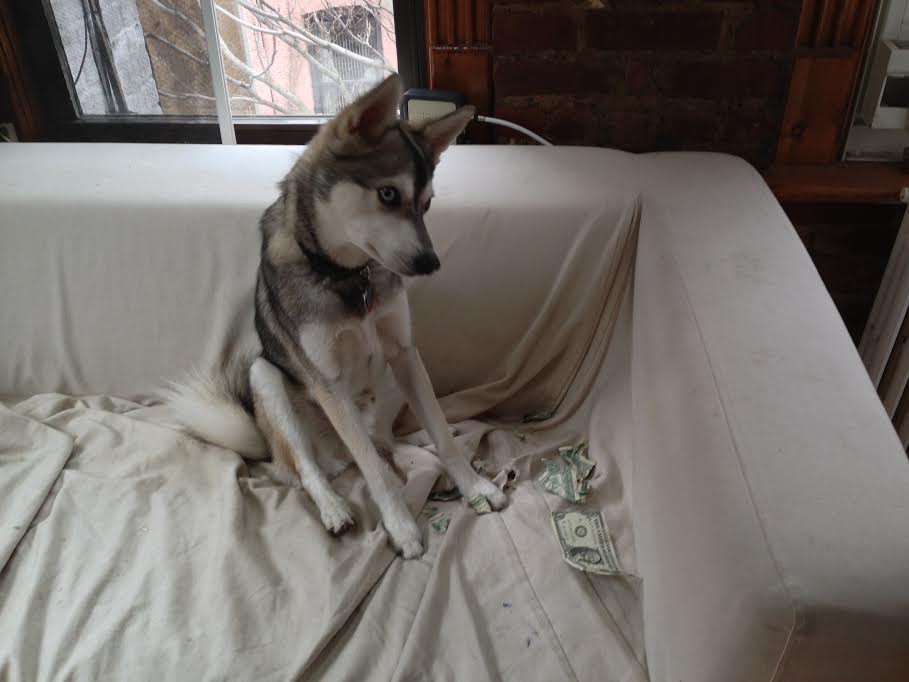 Dogs don’t really remember things. You can train them to do things. But, it’s more like training them to develop a habit, like pulling our hands back when we touch something hot.

When they do something wrong and you don’t catch them in the moment, they don’t know to associate your anger or displeasure with whatever it shitty thing they did since they don’t really remember what they did. Even though often that shitty thing is literally a shitty thing.

When you have see that they’ve done a shitty thing after the fact, there’s really no use in getting angry. In fact, it is counter productive. They may look guilty, and we may think it’s because they “know” they’ve done something wrong. In reality, they probably don’t know what specific thing (shitty or not) they’ve done. They just know that this human is pissed off.

I turn anger into productivity, and blame into responsibility.

This makes me re-evaluate how I handle shitty things. Rather than getting angry or annoyed, I now have no reasonable option but to think about what I can do to prevent shitty things from happening. Maybe I have to take the dog out more, or do more training, or this and that. I turn anger into productivity, and blame into responsibility.

There’s no question about it, it’s a more productive way of dealing with a bad situation. It puts me in control of the long term outcomes. That makes all the difference.